”Battleship Command: Scharnhorst” is my dream simulator that I am working on as a hobby project. Since I played Destroyer Command the first time I have been longing for a similar game but with battleships.

In its current form Battleship Command lets you control a Scharnhorst class battleship and its weapons. You can steer it by rudder controls or setting compass directions and ordering speeds. You have flexible control over the three main 28cm guns, either fire all three at the same target or split the guns on seperate targets. There is three fire control stations with a fire control computer each. So potentially you can engage three different targets at the same time. You also have access to the heavy AA guns. And soon enough the secondary 15cm batteries will be ready.

At the moment ”single missions” are available, where you can sink merchants and battle destroyers, cruisers and battleships. A quick scenario editor is in the works as a built in function. Open world (north Atlantic) patrols are also not far away.

I have a vision of a campaign mode similar to Silent Hunter V, where you go on patrols, sometimes with specific tasks/patrol areas. You will need to follow the prize rules and be careful in combat to keep a good reputation and not get stuck in harbour doing repairs for long periods. A good reputation will grant you plenty of fuel, ammo, new updates (radars, sensors, weapons) and the best crew.

I am not a programmer or a graphic designer, so I am learning as I go. I am not using any game engine, but a programming IDE with a OpenGL graphics library. So I have much freedom, but no ready made assets like water, enviroment and FX. I love good graphics, see World of Warships, but with these tools and my skills Battleship Command will initially not reach that level.

If you would like to know more or support the project, you can do it at my Patreon page: https://www.patreon.com/battleshipcommand

Feel free to post questions, feedback, ideas and feature requests here! I am planning to release a demo soon enough. 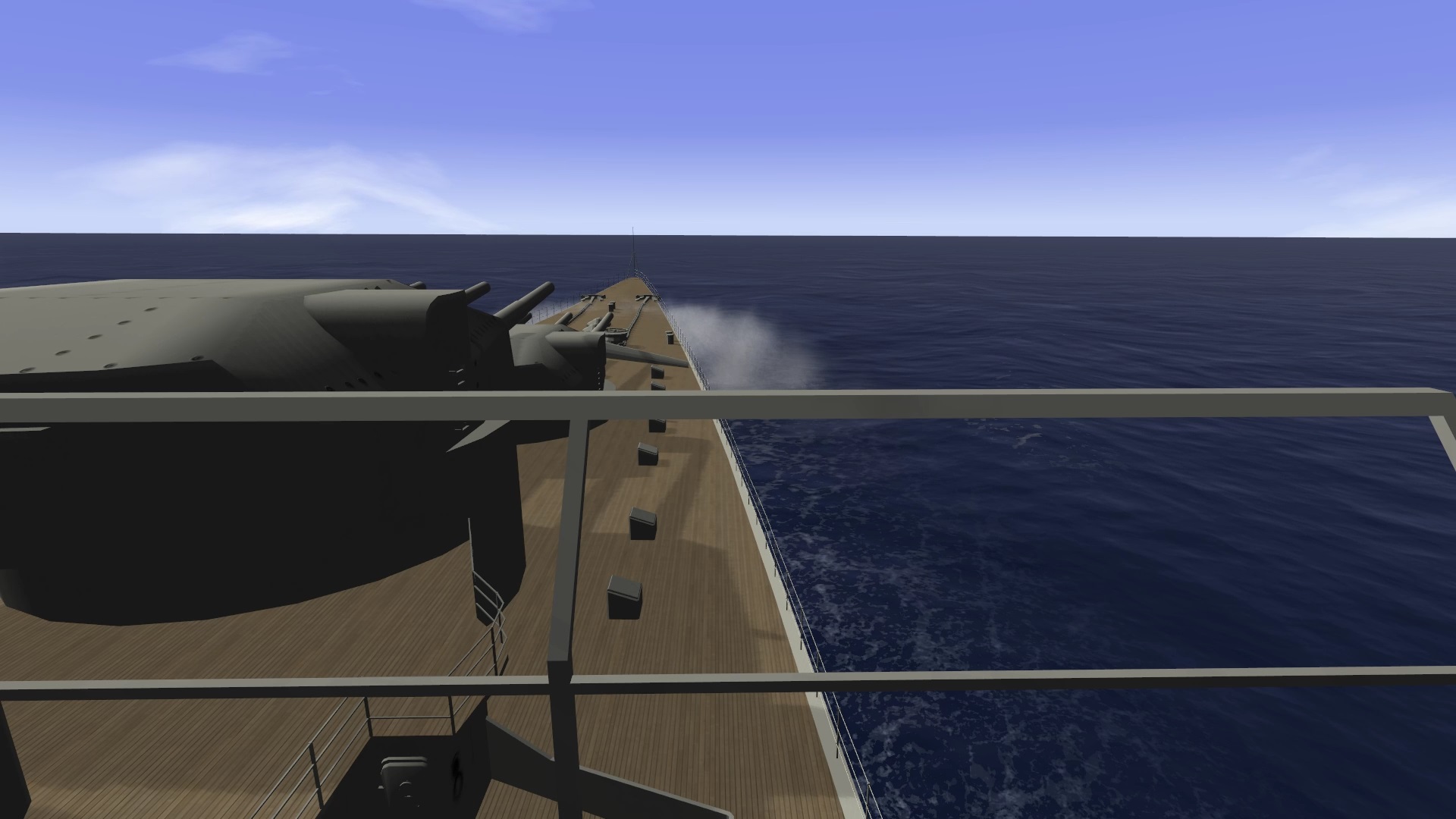 It is time for a new little demo to show you the progress of Battleship Command!
In this demo you can test your skills in handling a battleship in 5 different scenarios and get a feel for what I am working on.
It is still rather (mildly speaking) unpolished and will require some time to get used to for the user.
So do not expect a finished game, but rather a sneak peek into the hobby project of an amatuer programmer/battleship enthusiast

Be sure to check the manual on how to fire the guns at your target correctly!
Press F1 key for help while ingame.
There is no mission endings, simply press ESC when you are finished playing.
The M-key and the map is curretly disabled...

Next I am going to work on adding:
-Friendly AI, for bigger battles and more strategy
-Mission editor
-Airplanes
-Damage management
-AI crew, helping you with guns/navigation/damage reports
-Terrain and a map view
-User interface

My GPU melted recently, so I had to use an old card which made it hard to work on the 3d world stuff for a while.
But now I have my new card installed so I can show some progress again.

I am testing different ways of implementing terrain.
And now I've found a nice way to render all of Europes land masses in a rough way.
Terrain will have very little purpose/priority in BCS but it's still nice to have.
Now I just need to sync it with the ingame map so I can start creating convoy routes in the north Atlantic. 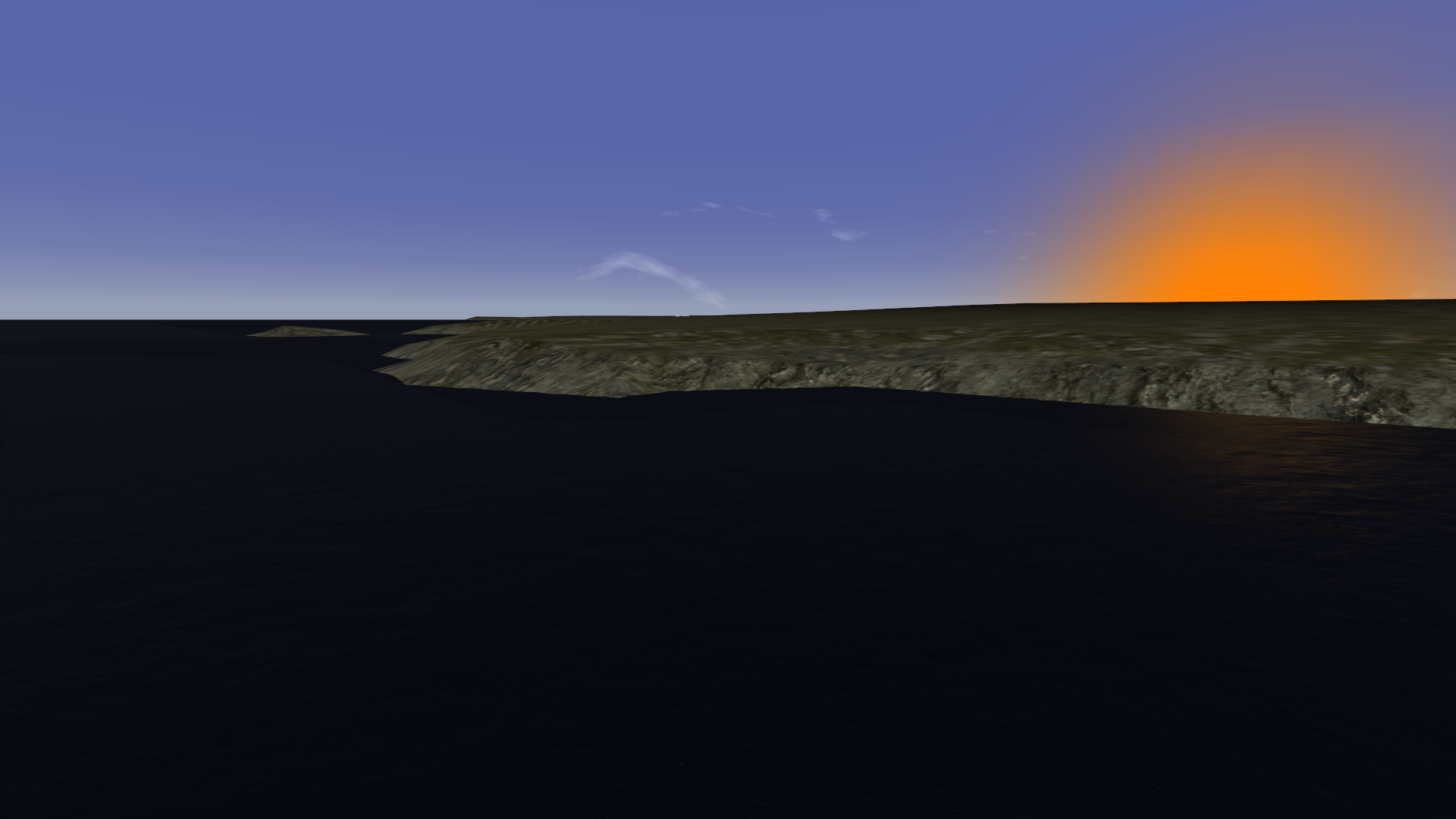 Here's a quick and temporary fix for those who gets an error message about the OceanShader on mission load. It removes the 3d waves, because the shader code was not accepted on Radeon cards. Atleast that's what I think is the problem.
Download the zip and extract the exe into the Battleship Command folder, and then launch the sim from the new exe.

Let me know if it works! And I'll get to work on adding back the waves for Radeon cards.
Sorry about the inconvenience.

The ingame map is finally in sync with the terrain and I started to create a mission with randomly spawned ships randomly chosing between hundreds of routes.
Time to switch on the radars and hunt tonage until the fuel bunkers are dry...

Video preview of the ingame map filled up with merchants and waypoints: https://youtu.be/kgiO9TS6SbY

Time compression has taken some time to implement since there is so many things affected by it.
All the AI's movements needs to be compressed, all the Scharnhorst boiler and turbine actions as well as the steering and calculations of headings towards waypoints.
A big problem was that when compressing time, the ship was steering too hard and the violent rudder action prevented the ships to gain a straight and steady course.
But it looks like I've solved those issues now!
The terrain generation is not very pretty at the moment.
But what a joy to be able to take a trip through the channel!

Users browsing this forum: No registered users and 1 guest